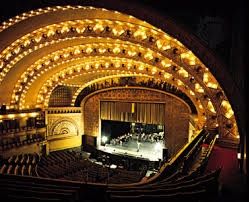 Meghan Williams Elkins is a professionally trained actor and a classically trained musician in voice and piano. Meghan hails from St. Louis Park, MN and received her Bachelor of Fine Arts degree in Acting with a Minor in Music at the University of Minnesota-Duluth, MN.

Meghan comes from a very musical and artistic family and began her career early as a musician, at the age of 8, as a pianist. During grade school and junior high she played the percussion section for school band and was the pianist for the extra-curricular group, Stage Band. Throughout high school, Meghan performed in the school plays and was a pianist for the Jazz class (Jazz Lab). She also joined an extension of the Jazz Lab called "The Jazztet" and became their vocalist after the Jazz instructor heard her sing. The Jazztet performed locally and regionally, which also included performing at the prestigious Northrup Theatre in Minneapolis.

Meghan received a music scholarship after performing a concert at the University of Minnesota-Duluth, MN, where she first began her teaching experience in coaching fellow actors for audition songs and teaching a few students piano. After receiving her Bachelor of Fine Arts degree, she went on to study opera and voice at MacPhail, Center for the Arts, in Minneapolis, MN where she was an Honors student and, by invitation only, performed in Master Classes with various guest coaches and opera singers. Meghan had the greatest treat of her life when she was invited back to MacPhail to share the stage singing in a concert with her dad, a true Irish Tenor!

Meghan performed professionally for the Minnesota Repertory Theatre and continued performing in numerous theatrical roles in various theatres throughout the Minneapolis area and has also performed on the stage of The Guthrie Theatre.

Meghan settled in Maryland in 2001 and began performing in a large variety of plays and musicals (While still teaching acting and voice to children and adults through various venues). Meghan received rave reviews for her performances as Mrs. Corney in "Oliver!", Gingy in "Love Loss and What I Wore", Jeannie in "The Great American Trailer Park Musical", Guinevere in “Merlin”, Featured Soloist in the British Players "Music Hall",  Asaka in "Once On This Island, The Countess in "Picasso At The Lapin Agile", and Daughter in "Quilters". Local performing theatres include, The Arts Barn, The Montgomery Playhouse, Rockville Musical Theatre, Kensington 2nd Stage, The F. Scott Fitzgerald Theatre, The British Players.

Meghan won Outstanding Actress in A One Act Play as Miss Peddy in "Miss Peddy and Grace" for Silver Spring Stage's 2019 One Acts Festival and was also nominated as Best Actress for her performance as Mrs. Corney in Kensington Arts Theatre 2019 production of "Oliver!".

Meghan has also performed in various operas with The Victorian Lyric Opera Company and The American Center for Puccini Studies, performing in such roles as 1st Lady in Mozart's "Magic Flute", Una Conversa in Puccini's "Suor Angelica", and Fleta in Gilbert and Sullivan's "Iolanthe".

Meghan continues to make many concert appearances throughout the DC Metro Region as a lead singer for the Paramount Jazz Orchestra and has performed throughout the DC Metro Region and Internationally as a guest vocalist for the Arts Deco Festival in Napier, New Zealand! She also has played the domra, a Russian instrument, with the Washington Balalaika Society, and was their featured soprano at the Kennedy Center and Wolf Trap.

When not performing various operas, theatre and concerts, Meghan can be found in her home studio, The Piano Studio, teaching voice, piano, theory, percussion while coaching and preparing actors for auditions with scene work, character study, and monologues.